There’s No ‘I’ in the Top Gear Team 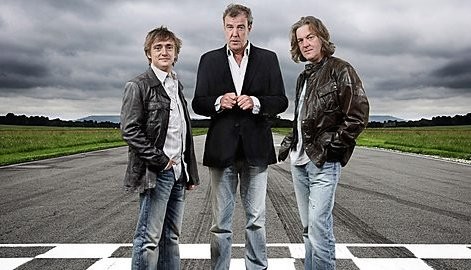 Jeremy Clarkson is renowned for his loose tongue, and his latest faux pas has resulted in his suspension and potential sacking. But while lists of all his previous misdemeanours are being dragged to the surface yet again, this new one has been heralded as the one that could put the final nail in the coffin of his working relationship with the BBC.

I’m not normally one to spend vast amounts of time reading up on the latest celebrity gossip but over the last week or so, the controversy surrounding Top Gear presenter, Jeremy Clarkson could not fail to capture my attention.

However, ensuing events have resulted in a mixture of both positive and negative sentiments. Taking the ‘glass half full’ approach, let’s focus on the positives.

From a business and marketing perspective, there are three interesting outcomes that struck me in terms of Jeremy Clarkson – the brand, and Top Gear – the product.

1. Fan Love – The petition started by Guido Fawkes calling for Jeremy Clarkson to be reinstated has amassed almost one million signatures to date, making it the fastest growing petition in the UK for two years. The fans love him! Don’t we all wish our fans were so enamoured by our own brands!

2. Loyal Team – Co-hosts, James May and Richard Hammond rejected an offer to present the last three shows without the suspended star. In times of crisis many people revert to ‘self-interest’ mode, rather than putting the team first, but not the Top Gear team! Would you do the same?

3. A Quality Product – Pulling Top Gear from its usual Sunday night BBC2 slot resulted in a loss of around 4 million viewers. The motoring show typically engages in excess of 5m viewers every week. If these were your customers could your company survive this downturn in positive sentiment?

As a marketer, I’m interested in brands. Part of my job includes delivering training workshops on how individuals and businesses can use digital media to create a powerful brand online. I may be using Jeremy Clarkson as a case study in my next training session! To go from a highly successful business proposition to a business which has lost a core product, its whole delivery team and acquired millions of unhappy customers in the process doesn’t bode well for the BBC. It also highlights just how formidable the Clarkson brand, and their core product, Top Gear actually are.

Jeremy clearly has many characteristics exhibited by good leaders – exceptional knowledge of his subject matter, a wealth of industry experience, and good people skills (most of the time!). Regardless of his latest slip-up, he has a customer base who still adore him, and a team who hold him in such high regard that they are prepared to forgo any personal gains they could have reaped from his misfortune in order to stay loyal to both him, and their team.

Brands have been trying to achieve this level of marketing success for a lifetime.

Although I in no way condone any wrongdoing Jeremy Clarkson may have done, I can’t help but admire his marketing prowess, and applaud Richard Hammond and James May for reminding us that ‘There is no ‘I’ in team’.