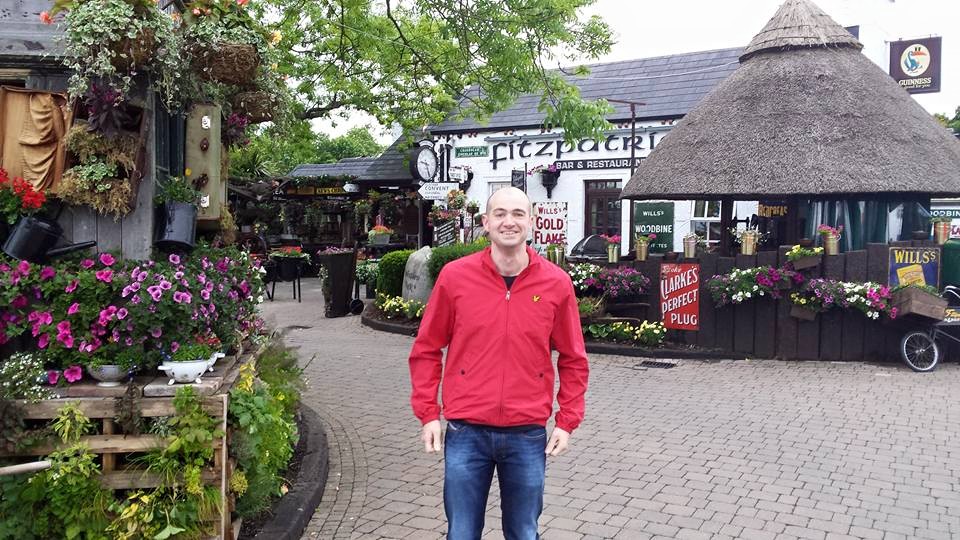 From this to this in less than 24 hours. 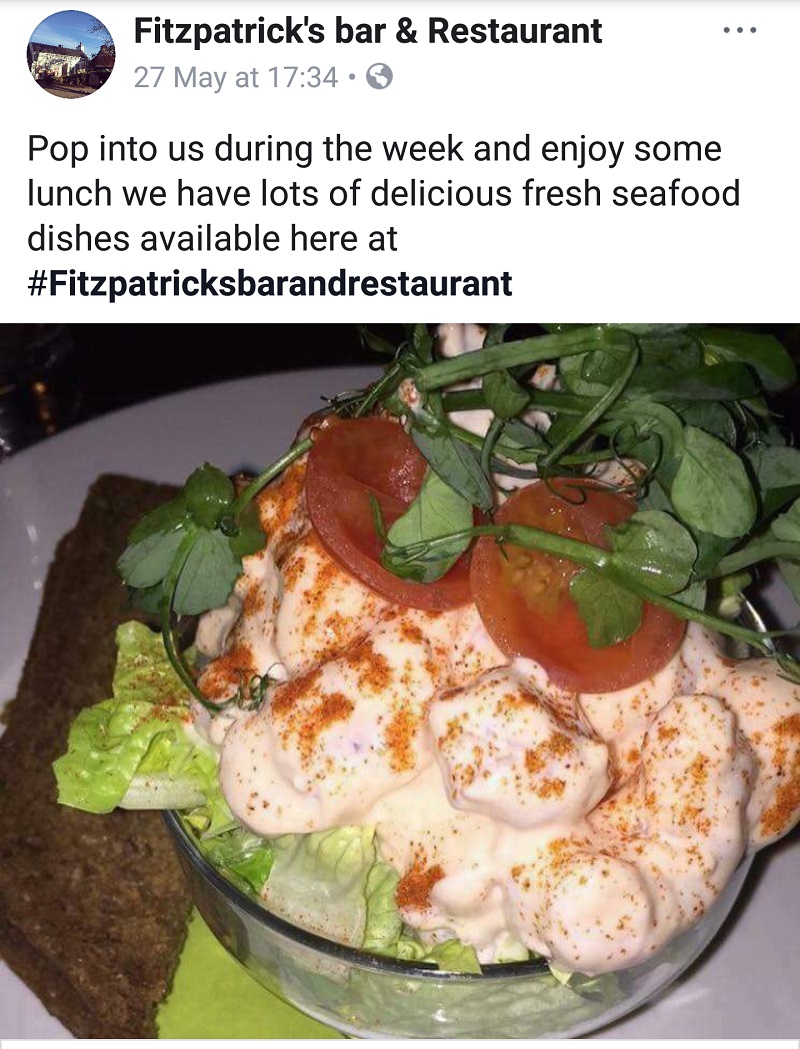 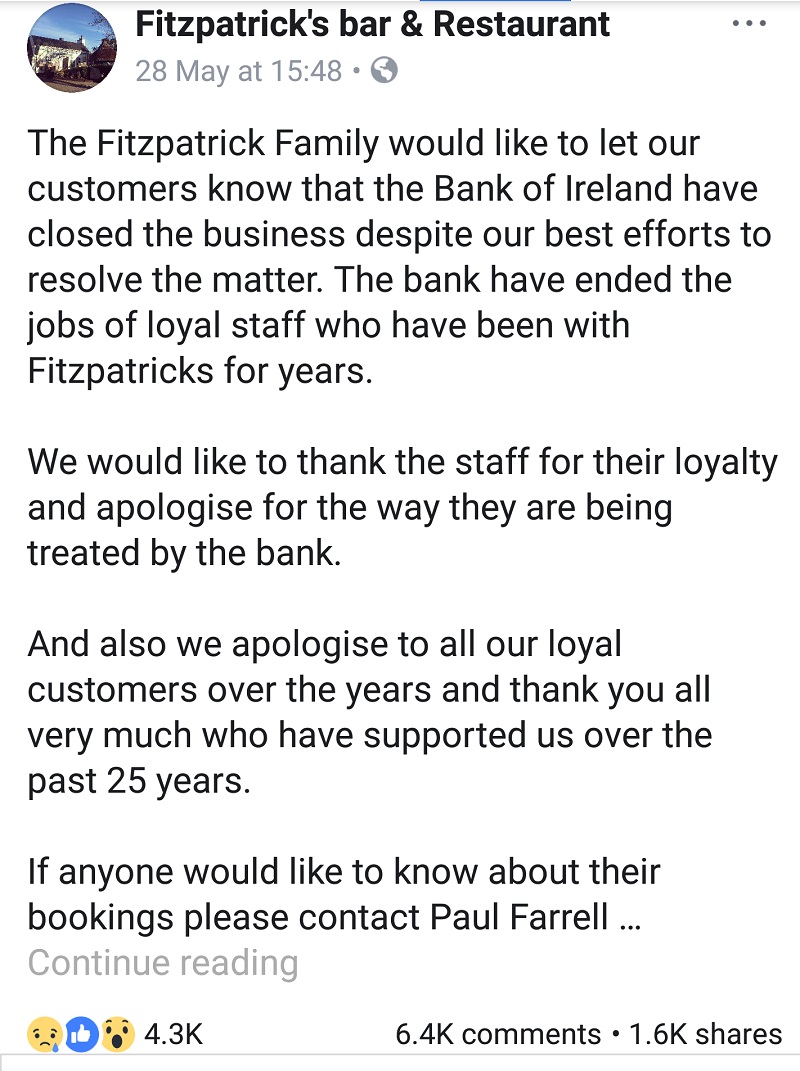 Located between Dundalk and Carlingford, only a 20 minute drive from Newry city in the North of Ireland, and an hour in the car from Ireland’s capital city Dublin, Fitzpatrick’s Bar & Restaurant had become one of the best loved restaurants on this little island of ours over the past 25 years since it began trading.

Those who hadn’t yet had the pleasure of sampling its delicious food and the local hospitality had surely heard of its allure, because Fitzpatrick’s always ‘went to town’ on their festive celebrations.  They were a marketing powerhouse of the food and drink industry, their Halloween and Christmas promotional campaigns being some of the best examples of restaurant marketing I’ve seen, always guaranteeing a full house and a reminder to book well in advance.

Back in 2014 we celebrated my sister’s birthday at Fitzpatrick’s. And being October, we enjoyed the Halloween tour, being accosted by all sorts of ghouls – the stuffed type and the real live ones!

Other special memories of dinner dates to Fitzpatricks include one to celebrate a 1 month dating anniversary with my now husband, Paul (yes, any excuse to go would do!).  And just last Summer I spent a sunny Sunday afternoon there with my school friends of 25 years, followed by a short drive down the Cooley Peninsula to the beach to walk off some of the calories we’d racked up after the 3 courses of culinary delights we’d eagerly wolfed down.  Ah, precious memories. 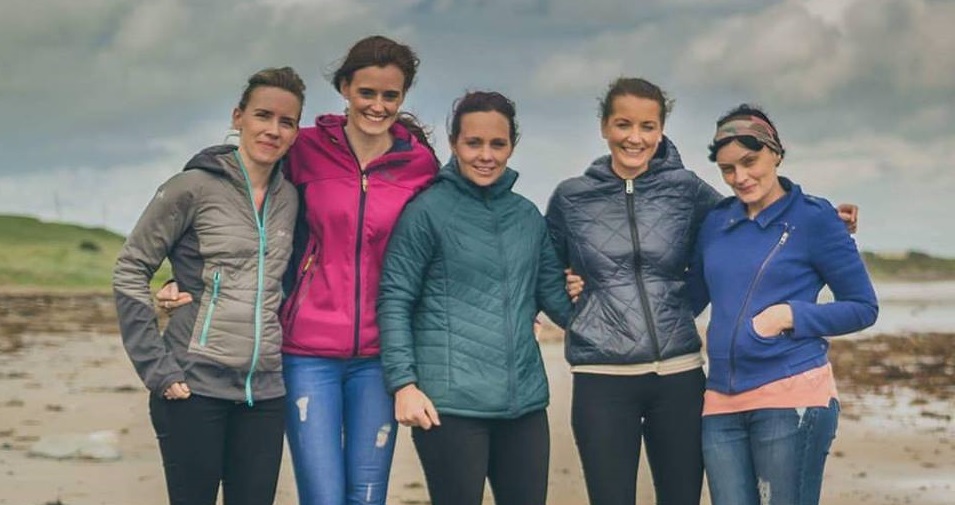 A beach walk after Sunday Lunch at Fitzpatrick’s

Fitzpatrick’s Facebook page boasts 58,436 Facebook fans.  203 of my own Facebook buddies had either liked the page or checked-in on their visits.  It has 987 4.8* reviews.  And this is just a snapshot of the strength of its social media marketing, before we consider its digital footprint across other online channels – particularly its presence on TripAdvisor.

Fitzpatrick’s was no stranger to cooking up a storm on social media, with its competitions, seasonal décor, on trend drinks promotions and theme nights. It was great to see a family business doing well…… apparently.  But alas, as is often the case, social media only gives us the good news stories and the hardships of running a business remain hidden.  Until yesterday.

The announcement of its closure has shocked and saddened thousands of fans both near and far.  However, the wording of their social media post could’ve been better in my opinion. It had many of the hallmarks of a social media crisis:

1. A post written in anger. Things seemed fine the day before. Had the owners just returned from a meeting with the bank?

2. A post that blames others for its misfortunes. Though I don’t know the facts myself and am therefore not in a position to determine who is to blame for the closure of this business, many other people did leap to the defence of Bank of Ireland, pointing out that they feel that there’s more to this story than the version provided by Fitzpatrick’s. And like all good social media debates, there’s always some who disagree. 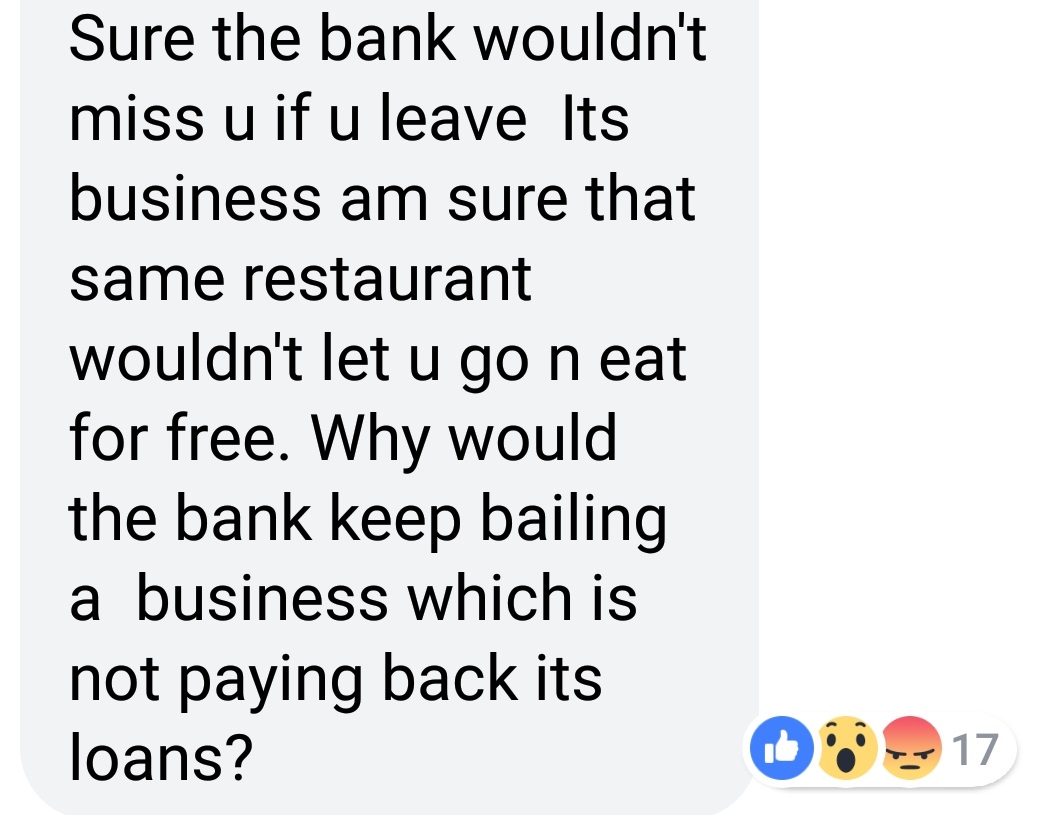 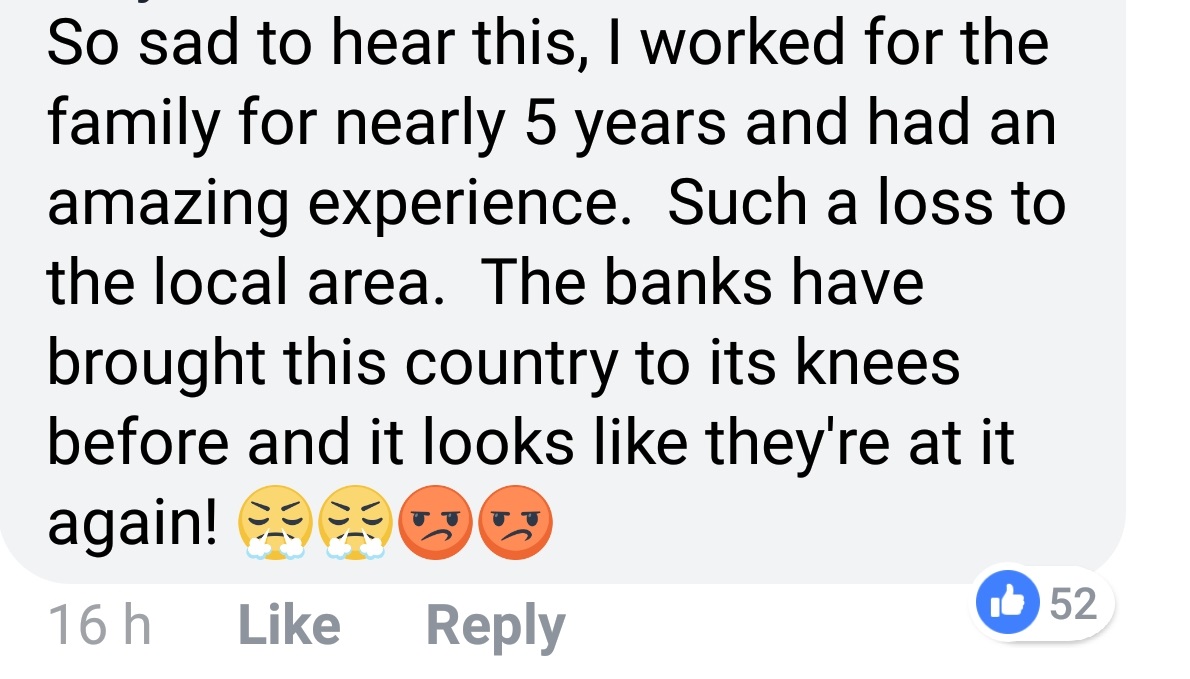 3. A post without follow-up by its author. This post has sparked thousands of reactions so far – crying emoticons, frantic tagging of friends, shares to readers own news feeds, endless speculation about what has gone wrong and what the missing pieces of the story might be, yet there’s no sign of any responses to these comments by the original author. To be fair, responding to them all would be a mammoth task, but it’s perhaps more likely that in hindsight they realised that they’d acted in haste and should’ve worded the announcement post somewhat differently.

Whilst I don’t think the content of the post was up to their usual high standards, I can understand their pain and wholeheartedly sympathise with their situation.  I’m in the fifth year of building my small business but this family have given the last 25 years of their lives to building their business and it was great.  This one post does however highlight one of the dangers of social media – once written in black and white, it’s hard to take back.

Over the last day I’ve wondered if something could’ve been done if Fitzpatrick’s had been more honest about the challenges they were experiencing.  With crowdfunding, capital investors and the like, perhaps a solution could’ve been identified – maybe it still can.  Here’s hoping anyhow!

Let’s end on a positive note by remembering all the good things that Fitzpatrick’s offered over the years.  This place has been so much more than a bar and restaurant as their photos illustrate.